Ariana, the Little Trainer of Pit Bulls in Portugal 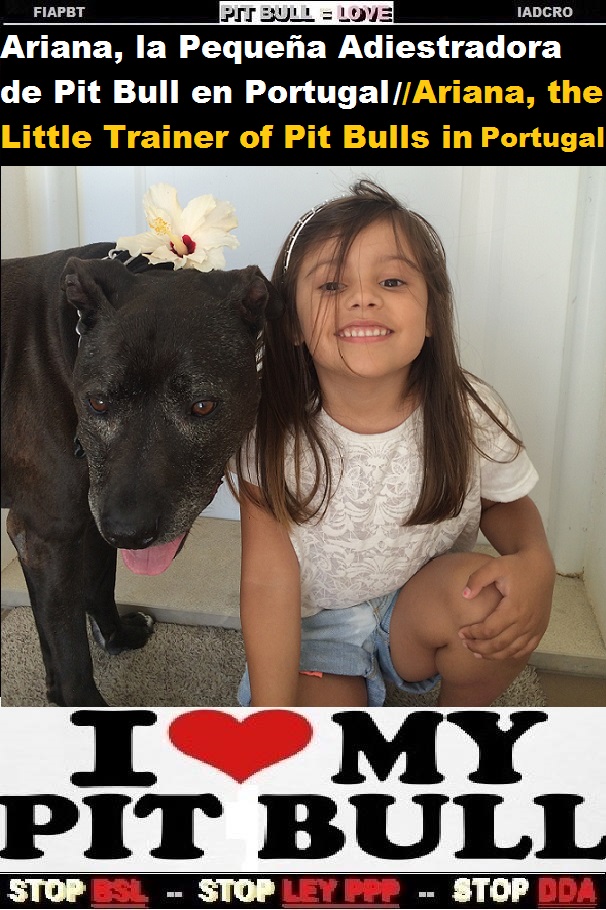 ¡¡¡STOP BSL & DDA!!! Ariana, the Little Trainer of Pit Bulls in Portugal and known like the Little Pitbuler, will show us through videos and some of her photographs with Pit Bull during her short life, how of dangerous really are the American Pit Bull Terrier (APBT or Pit Bull), breed dog of all those breeds that undergo CRIMINALIZATION and DISCRIMINATION, is the breed dog more persecuted and more mistreated by the Unjust, Cruel and RECAUDATORY BSL & DDA Laws, with very much difference of the rest: 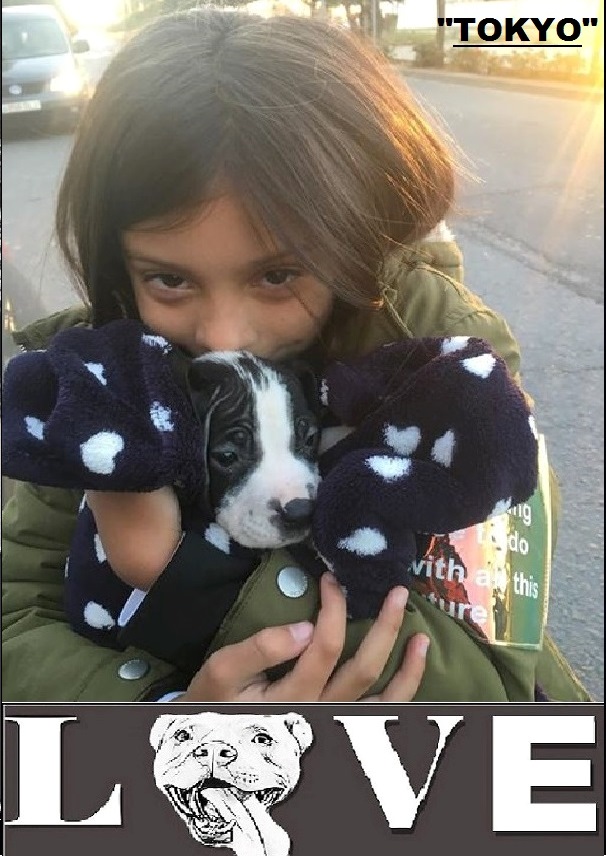 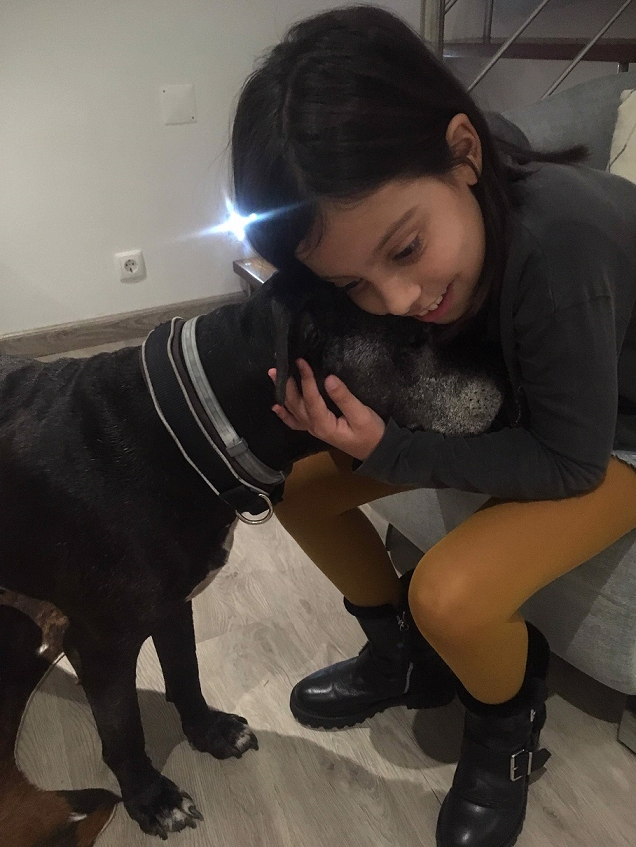 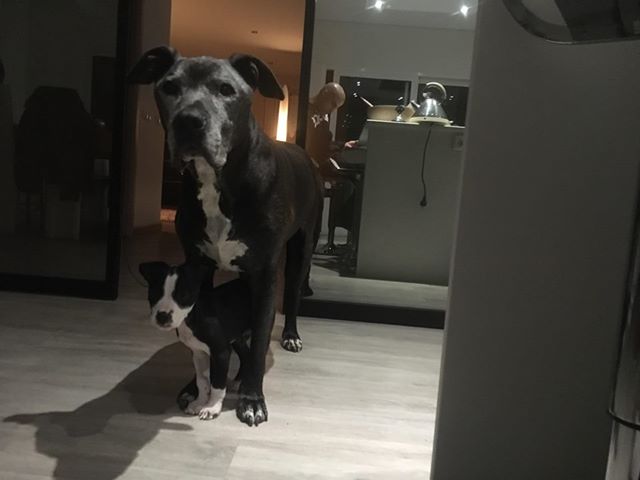 @ 16 dogs that became HEROES by saving their families and you know something, ´They are Pit bull!!!

Dangerous Breed Dogs????  How many IGNORANCE rolling around… :-) ´All Breed Dogs are ADORABLES!!!

For a dog will be or not will be dangerous, everything will depend on the EDUCATION and the RESPONSIBILITY that its human owner provided since were puppie, just as it will happen with another dog of any other breed or miscegenation, and even is the same that with the EDUCATION and RESPONSIBILITY that parents offer their children as puppies humans that they are. https://www.facebook.com/FIAPBT/photos/a.451449941132.245086.271421886132/10156678566016133/?type=3&theater

Inside the human species there humans good and other bad for the same reason and it would be a serious, cruel and unfair error to condemn the entire human species because of a few bad humans, right? Well this same serious, cruel and unfair error is what is happening today with the BSL & DDA Laws, laws made for dark and diverse human interests for several breed dogs and for millions of mixed dogs because of its physical characteristics.

All breed dogs ´Are ADORABLE!!! <3 How many IGNORANCE rolling... http://www.fiapbt.net/30yearswithfiapbt.htm

The IGNORANCE, the BAD INTENT and the lack of COMMON SENSE of the HUMAN BREED, is the most dangerous thing for this global society in which we are nowadays… 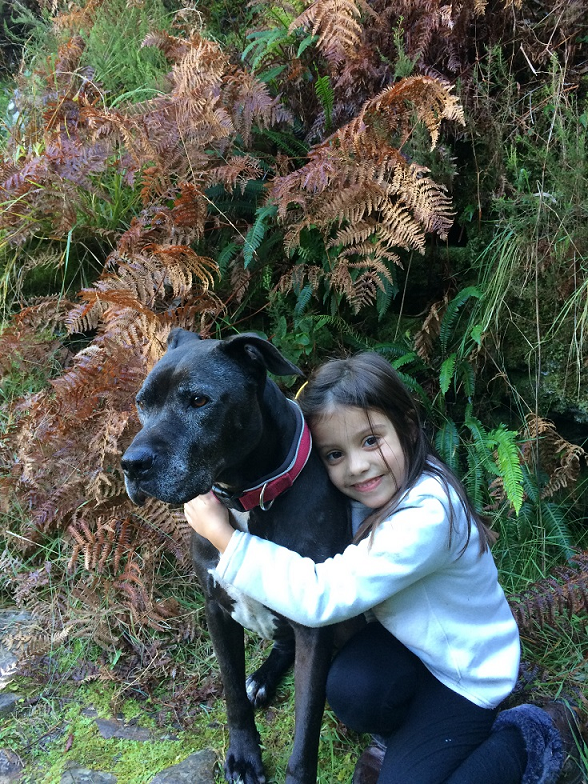 The IGNORANCE is the most DANGEROUS of this world. To take correct and truthfully information about the American Pit Bull Terrier (APBT or Pit Bull), you can acquire information in: http://www.fiapbt.net/30yearswithfiapbt.htm 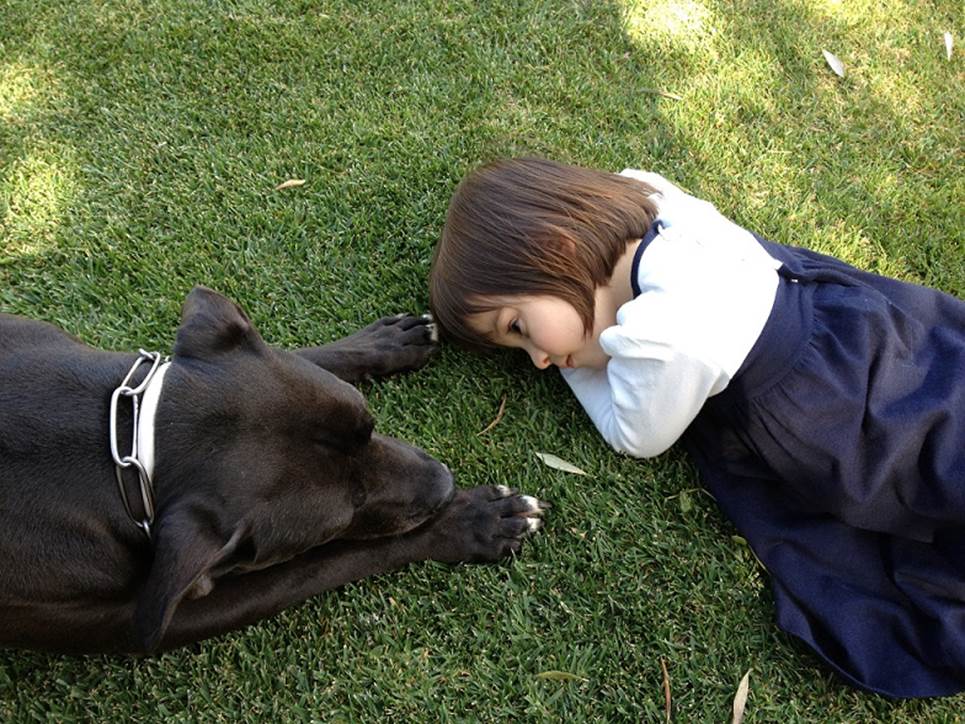 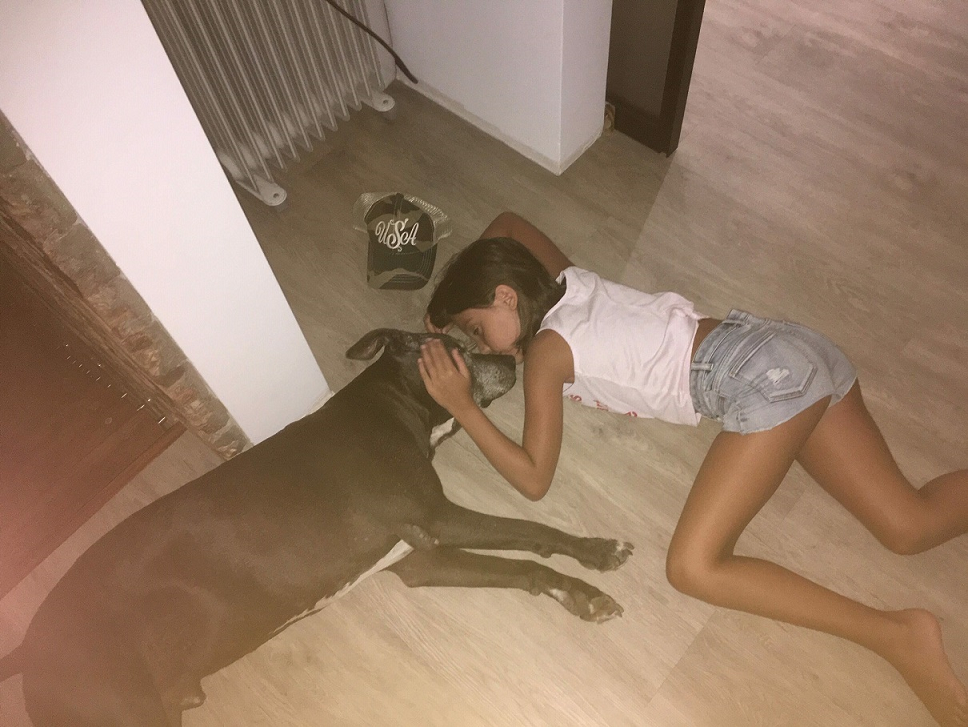 The dogs are aggressive if they receive a bad education, not by its breed. Investigation SCIENTIFICALLY did in the University of Cordoba: http://www.iadcro.com/study.html 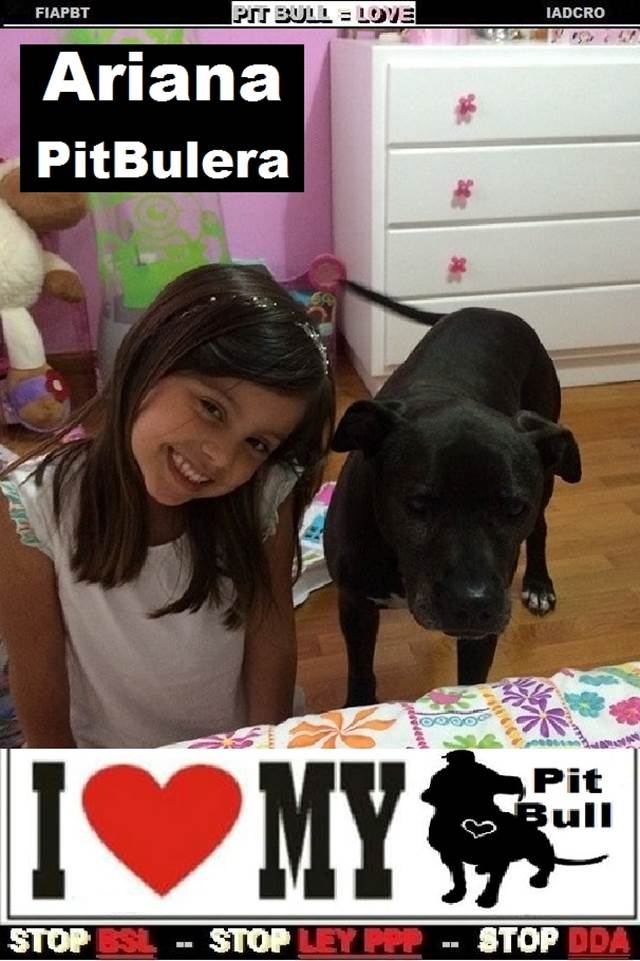 @ WHAT IS THE UNFAIR, INEFFECTIVE and CRUEL BSL, DDA or LEY PPP? http://stopbsl.org/bsloverview - https://www.facebook.com/knottytoysforgooddogs/posts/1289752464417363 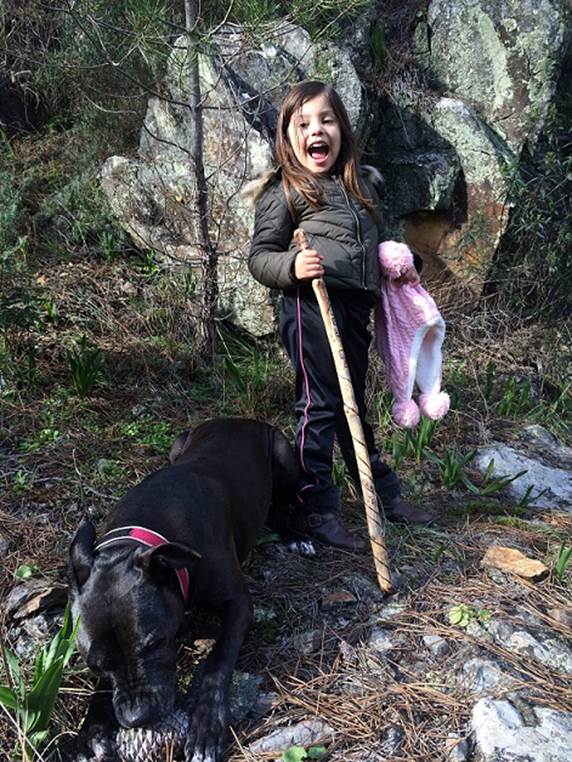 @ The REAL NATURE of the American Pit Bull Terrier (APBT or PIT BULL) photographed throughout of the history. Is better an image than thousand words: http://www.fiapbt.net/fotosbuenas.html 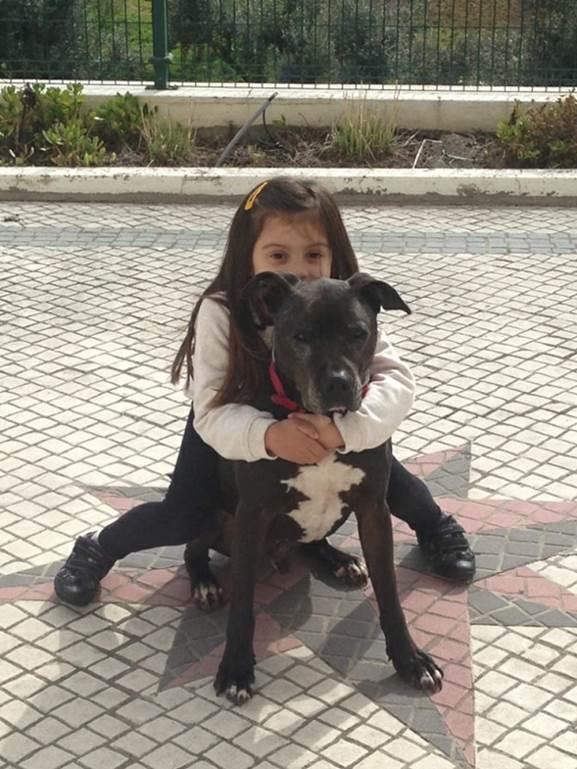 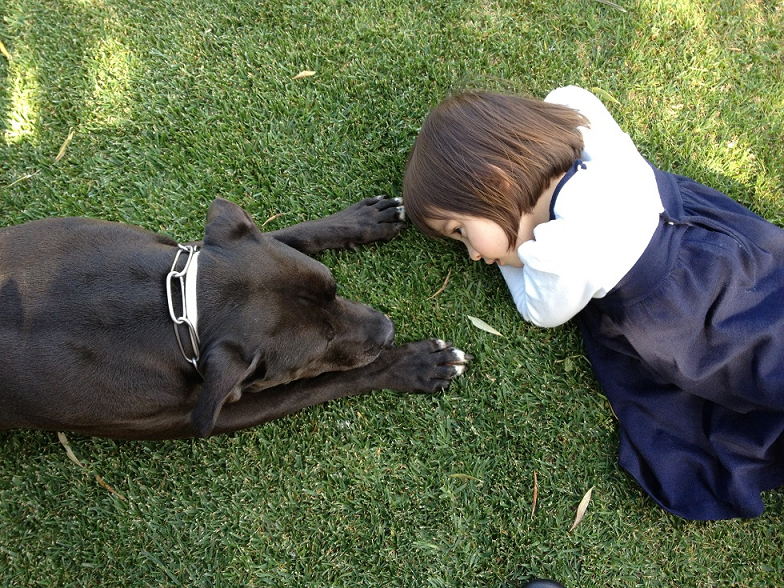 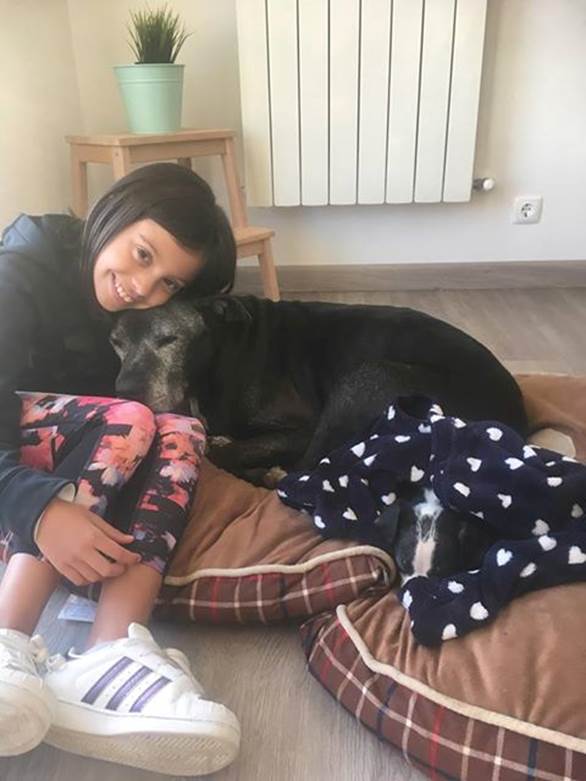 @ 16 examples what comes perfectly to demonstrate who is actually the dangerous in everyday life day after day, `The Dangerous are the people!!! https://www.facebook.com/FIAPBT/posts/10155196351201133 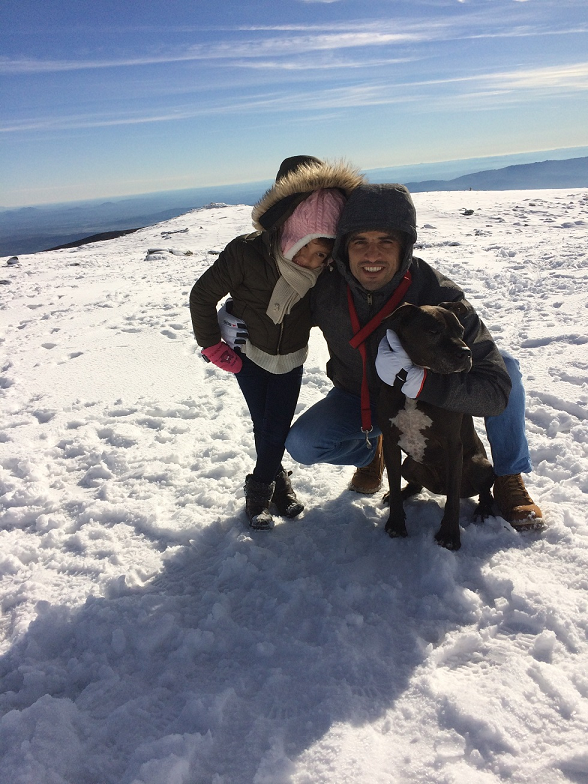 @ INFORMATION that the RESPONSIBLE OWNERS of dogs SHOULD KNOW, for to know defending adequately to his doggies it be one or the other breed dog, since the BREED, the MONGREL CROSSING or the SIZE it is not important, the important thing is the OWNER´S RESPONSIBILITY, just like they do or should do the parents with their children: http://www.fiapbt.net/30yearswithfiapbt.htm 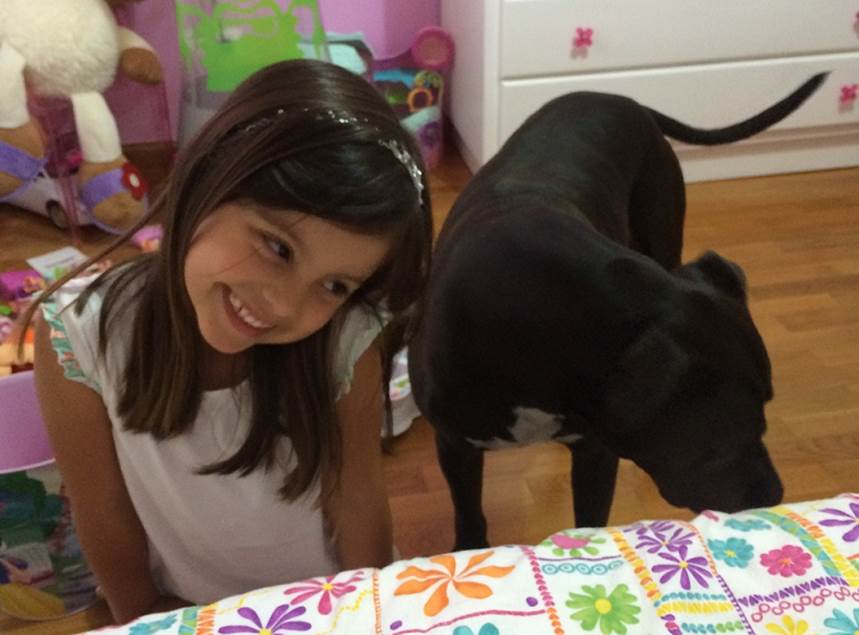 @) In the I CONGRES INTERNATIONAL of the FIAPBT & IADCRO SCIENTIFICALLY DEMONSTRATED the NON-EXISTENCE of dangerous breed dogs. http://www.iadcro.com/informacioncongreso.html

VIDEOS of the I CONGRES INTERNATIONAL of the FIAPBT & IADCRO https://www.facebook.com/FIAPBT/videos/10156520580791133 Subject: “The NON-EXISTENCE of dangerous breed dogs”

The BSL is a MURDER Law that KILLS animals, since it unjustifiably CRIMINALIZES and without ZOOTECHNICAL RIGOR any to the canine specie. The BSL is a DISCRIMINATORY, UNFAIR, INEFFECTIVE, CRUEL Law that encourages IRRESPONSIBLE TENURE. The only objective of the BSL is the RAISE MONEY for the pockets of 4 CORRUPT politicians, instead of generating citizen and animal SECURITY and all this that we affirm we do referring to the facts since the BSL was created 27 years ago, more than enough time as to affirm without fear of being wrong all the above. In addition, the scientists ethologists, and other professionals around the world of dogs along with the statistics of attacks of dogs to people give us equally the reason.

´STOP BSL & DDA Laws!!! - Can you imagine that social laws will made by the appearance of people and not by their bad behavior? This would be madness, a great INJUSTICE, totally INEFFECTIVE and even a huge CRUELTY before those to whom this Law was applied only for its appearance without having done anything wrong, ´Do not you think? Well, this huge MADNESS UNFAIR, totally INEFFECTIVE and of enormous CRUELTY, ´It is a REALITY!!!

It is a reality in the well known as the BSL & DDA Laws, which are based on a money RECAUDATORY mode to fill the pockets of 4 CORRUPT politicians without offering citizen nor animal SECURITY, this BSL & DDA Laws being governed by appearance and not by bad behavior. Yes, you read very well... https://www.facebook.com/FIAPBT/photos/a.451449941132/10156965621926133/?type=3&theater

- What can I do for to help against this INJUSTICE? http://www.iadcro.com/iadcroinformation.html - http://www.fiapbt.net/manualdefensa.html 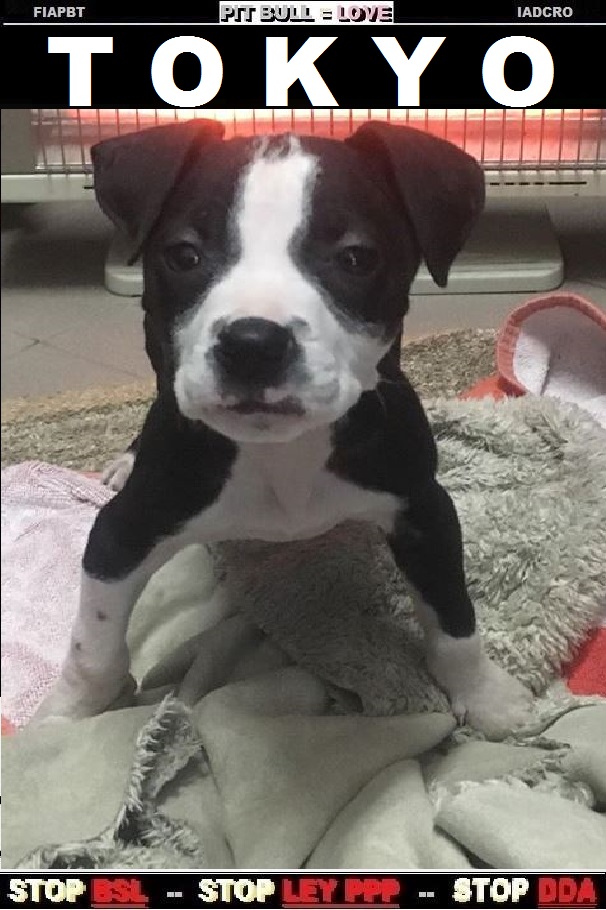 We have gladly watch as the new generation of Pit Bull and the animal lovers in general, already are coming stomping strong in many parts of the world, which they are the future and hope of this noble and wonderful breed dog and all those animals that also suffer DISCRIMINATION and ABUSE (BSL Dogs, Bulls, Greyhounds, Roosters, Dolphins, Elephants, etc.) THANK YOU!!! 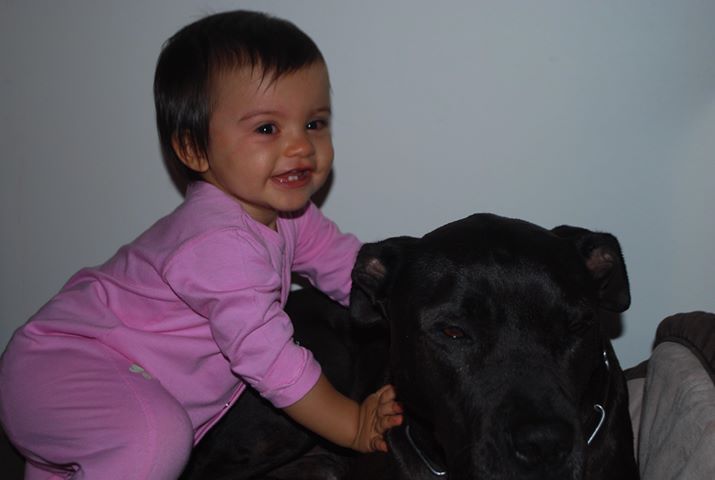 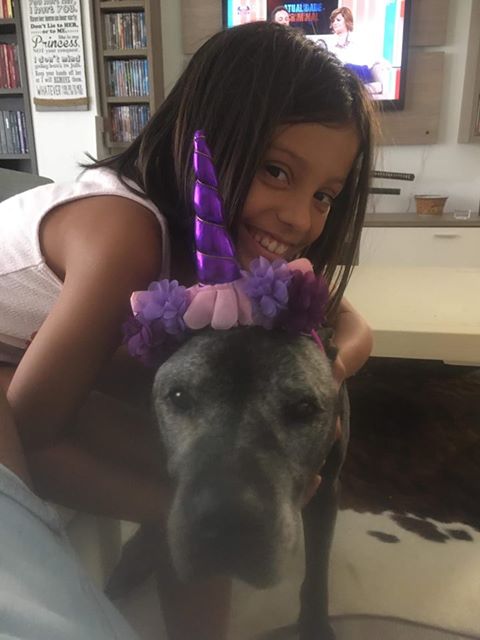 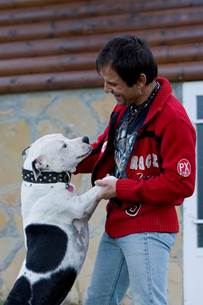 WORKS about American Pit Bull Terrier (APBT or Pit Bull) that may be would be of your interest:

@ Whence comes the black color to the ELI / CARVER / BOUDREAUX dogs, being that they are all Tudor's "DIBO" family and "DIBO" was buckskin color? - THE HENRY DOGS: www.fiapbt.net/black.html

@ GENETIC OF THE LEGEND TO CALLED“ MAURICE CARVER” AND TRIBUTE: http://www.villaliberty.org/legend.html

@ AMERICAN PIT BULL TERRIER with Pedigree ¿Yes or No?: www.fiapbt.net/pedigreeyes.html