THE AMERICAN PIT BULL TERRIER CHARACTER. (The Dogs of Light). By Mariano Peinado.

The Dogs of Light.

What always it has been an absolute priority for all the breeders of authentic American Pit Bull Terrier (APBT or PIT BULL), since this breed dog was originated 500 years ago, the selection went from APBT with good disposition toward the human being, eliminating radically of the breeding to all those animals that showed the most minimum gesture of aggressive without any motive toward the persons. Always the selection of breeding of this breed dog to our days, has been directed toward the equilibrium in all its senses.

The APBT has exceptional a good character with the people, especially with the children.

The autentic APBT, or of pure breed, because otherwise, would not be speaking of the APBT, and by the selection that has been carry out, does of them that they have a great confidence in itself same, and will be a hundred times less a inclined to cause accidents to the persons, that other dogs that have not been performed them this severe selection of breeding during many many years.

The APBT is able to adopt to a small boy like a one more of its litter.

The American Pit Bull Terrier character is in general, playful, noble, sensible, intelligent, very industrious, they have large desires of pleasing in all to its owner, they possess some extraordinary levels of tolerance to relate to the children, to which they worship, and combining all this in a breed dog small, with little hair and that not slaber as they are the APBT, does them to be a breed dog very indicated to be the pet ideal of any family.

The APBT has an extreme patience with the children, to whom it adores and it protects.

Also they are characterized for his hardness, splendid health along all his life and his amazing disposition for the exercise, for which they are practically endless to the hour of being exercised, and normally its owner was tired before that they. They endure the illnesses better than no other breed dog and as many say understood, they are "the amazement of the world veterinary in any part of the world". Of fact, the most usual comment of the person that has had one of these dogs during some years, is "that never they had seen equal thing".

The APBT is happy next to a boy.

Many APBT show FEELINGS for its high SENSITIVITY, similars or equals like we have the humans. This kind of dogs, are those that I denominate like "The Dogs of Light". The diverse types of FEELINGS of the APBT, are a clear INDICATIVE of the much INTELLIGENCE that owns this criminalized breed dog by the unjust BSL, the communication media and ignorant people.

(new) STEPHEN HAWKING and other prestigious scientists, scientifically prove that animals have also AWARENESS just like us the humans: http://www.fiapbt.net/animalconsciousness.html

“In the way that you treat to the animals, later or earlier will be the way of how you will treat your neighbor.

The animals also are the neighbor and as sentient & feelings beings, helpless and dependent on the care of the human being at 100%, are needed your understanding, compassion, help and protection. Your soul, your consciousness and them will thank you.

The universe will reward you according to your decision. You decide.” (m.p) 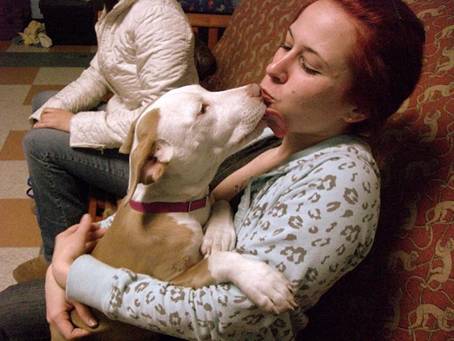 To the APBT liked so much to kiss to its dear beings and the rest of people of good will.

Exist some fans to the APBT with their lack of experience with these dogs, usually confuses sensitivity with the timidity. This is something similar when also they confuse the education with the training, terms these completely different. At the time of teaching something to them, which be, is necessary to have much patience without getting upset to us with them, becausse being the APBT very sensible and intelligent if they catch our annoyance by which they do not understand, are possible to be come by the confusion and down to be backed down indeed in which we want that they advance within which we wish to teach to them. 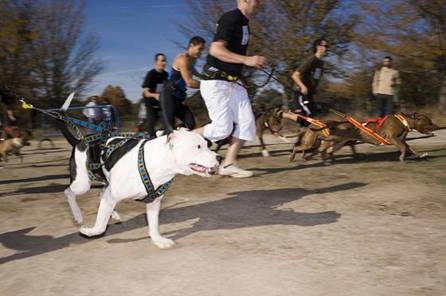 Snapshot of a little while of the Championship of Spain de MarathonPit in 2008, where enough of these together dogs without existing no type of abrupt misfortune of fight among them can be appreciated, unless he is the one of the mere competition.

The timidity, is a negative circumstance that we must be eliminated in the selection of the breeding of any breed dog. On the contrary, sensitivity is an evident sample of the excess of intelligence, which indicates to us, that our selection of breeding goes very well directed. A clear example of sensitivity, we can find it in enough dogs coming from the family or blood of Maurice Carver, since the expert known very well the very much intelligent that have this dogs of this family, in addition to other many virtues.

After the MarathonPit Competition like good friends to share the fresh drink without any type of fight nor resentment.

In my opinion, the APBT pertaining to this family or blood of Carver, are most complete, indeed by their excess of intelligence (Many of this dogs are “Light dogs”), since it aid to rather better develop to the other qualities and virtues to them that they have. 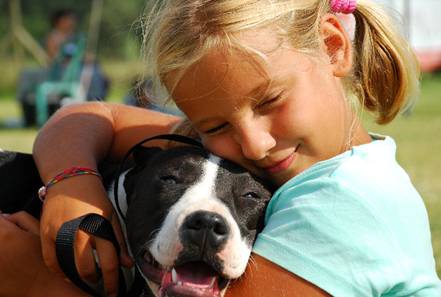 In this photography, feeling in pure state is appraised on both sides, not only on the part of the girl.

To see the VIDEO below. To always said that the dog and the cat are enemy. In this case the dog is the American Pit Bull Terrier and many people, evil influenced by mass media, at first sight would swear that the APBT is going away to eat the kitten.

“Chaman” the adult kitten, trying to sleep the siesta in the bed together its friend CH “Patches”.

The video below, reflects that the APBT owns a quite high degree of sensitivity, indicative of the much intelligence that owns this breed dog. Indeed by this last one, it the causes that these animals are conscious and suffer emotionally by the complexes and psychological upheavals that many people suffer and they pay against the defenseless dogs, especially against the American Pit Bull Terrier through of bad treatments, abandonments and worst even, through of the unjust Laws, that they induce to the extermination of this wonderful, noble and very old pure breed of a cruel and racist way.

“One Eye” (Panda) doing of small dog of Circus. The APBT, is a breed dog extremely intelligent, arranged to please in everything what his owner entrusts to him, which is, by very rare that it could seem to us.

The factor of intelligence, is the one that provides facility for the learning and later development of the majority of the qualities and virtues that can get to own the APBT for benefit of the humanity. 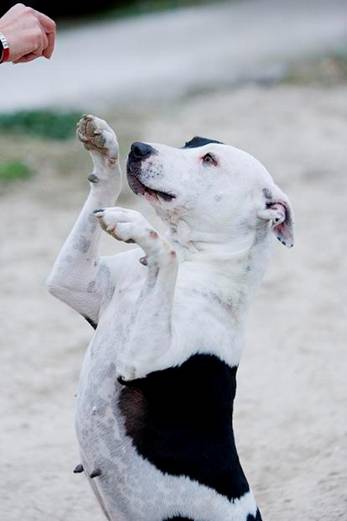 “Patches” (“Dog of Light”) with its friend the Wanderer “Dyne”, giving sample of the great sensitivity 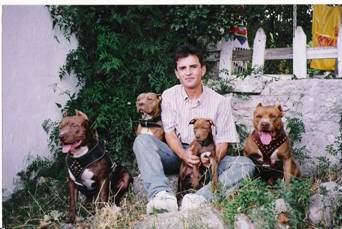 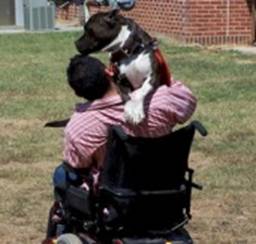 THE GREAT IMPORTANCE TO KEEP INTACT THE FAMILY VALUES AND PRINCIPLES IN THE SOCIETY: 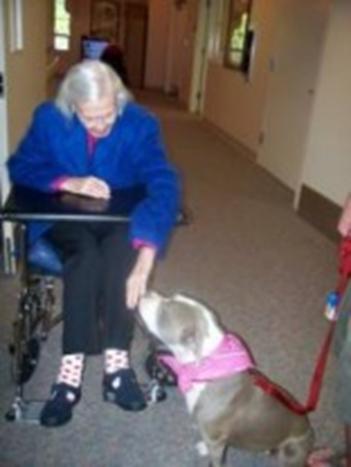