The American Pit Bull Terrier (APBT or Pit Bull) is a pure breed dog, whose components, have common characteristics that distinguish them from others of their kind and are genetically inherited.

Some ignorant people or anti APBT, say that the APBT is not a breed dog because is selected by its function and not by its standard and that the selection for its official standard, is which would determined like breed dog.

This "Affirmation" is easily answered to understand that indeed the American Pit Bull Terrier itself is a breed dog and also one breed dog of the oldest and purest in the world in present times, which many breed dogs descended of it in nowadays, which today no one dares to question its purity like breeds dogs.

To the APBT is selected for their official International Standard under the guidelines of the American Dog Breeders Association (ADBA) and furthermore, also is selected by its function to perform various types of work and sports. Given the great versatility and versatility of this breed dog, they are able to perform any kind of work performed of other breeds dogs and also is able to overcome it and improve it. For this reason, the APBT is the Breed Dog of Work for Excellence, surpassing in this subject to other breeds dogs. The Official standard of the APBT, is more studied and tested for that the APBT that are within of it, are very well endowed in terms of mental and physical functioning to develop the work, for very hard that will be the circumstances for its development.

Those people who bring out their disinformation in this regard , I must to mention them, that the APBT of course is a pure breed dog, since having its International Official standard, the Official International Pedigree and International Official Organizations that support 100% the APBT like a pure breed dog, for example, the UNITED KENNEL CLUB (UKC ) in 1898 , the INTERCONTINENTAL KENNEL CLUB ( IKC ) since 1976, the INTERNATIONAL FEDERATION OF APBT ( FIAPBT ) from 1985 and especially  the AMERICAN DOG BREEDERS ASSOCIATION (ADBA) since 1909 it is making that the American Pit Bull Terrier will be a pure breed dog itself, be see it where you look, which is much older and purer than most dog breeds we know today.

As an example, say that in the case of Belgium (founding member of the European Union), his book Origins of Canine Breeds ignores the fci or the akc and this book Origins of Canine Breeds of Belgium, has received and recognized to the American Pit Bull Terrier (APBT) like pure breed dog, but only for those individuals who possess the Official pedigree of the American Dog Breeders Association (ADBA), Canina Mother to International scope of this breed dog. 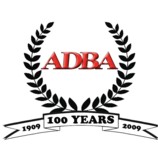 @ WHY DO SOME PEOPLE THINK THE APBT IS NOT A RECOGNIZED BREED? http://www.fiapbt.net/notrecognized.html

The American Pit Bull Terrier Online Pedigree is a study or informative mode, it is not the Official Pedigree.                  Caution with the swindlers!!!

In this FIAPBT GENEALOGICAL SECTION REGISTRY OF SECURITY called FIAPBT Pedigree, you will be able; To study the different ramifications genetic of this wonderful and the noble breed dog, the American Pit Bull Terrier (APBT); To see APBT historical pictures never seen previously in publish; To help to fight the criminalization that the BSL realises; To create easily the pedigree online of your dog or the litters that you have; etc.

In order to be able to enjoy these services, simply you must to register through www.fiapbtpedigree.com with the option the Spanish and English language. This new FIAPBT GENEALOGICAL SECTION REGISTRY OF SECURITY, the FIAPBT Pedigree, will be in continuous development by the FIAPBT, for its constant improvement.

So that you can have an example in view, and go away familiarizing with the data base of the FIAPBT, we showed you the link of CH “PATCHES”:

In order to see the FIAPBT Pedigree Online, you doing clic in the photo or in the dogs names.

In order to see the FIAPBT Pedigree Online and pictures, you must doing clic in its corresponding name. Once within his Pedigree Online, you can realise your own genetic study in your own way. for example doing clic in the names of the parents, will be able to also visualize its FIAPBT Pedigree Online of four generations, in which if you doing clic in its pictures, will be open in greater size so that it is possible to be seen better the dogs. Following in Pedigree Online and doing clic in the names of the APBT that appear in ascending scale, you can get to find or track the dogs that you want to study or investigate up to two centuries back, until the years of the 1800, a barbarism of generations, more controlled than the own people. This great amount of genetic information is something unpublished, surprising and exclusive, that only own our wonderful and noble breed dog, the American Pit Bull Terrier.

In order to facilitate the genetic study of the dogs and the breed itself, also we add to the fans the Online Pedigree database to facilitate his study, because the Online Pedigree could facilitate the genetic study those fans, which are accustomed to do it through of this database. However we must clarify, that this database the genetic study is more confusing, more annoying, more incomplete and less reliable by various factors, which come it because of malicious and unscrupulous people, who for various dark interests them stain and harm the honorable name and efforts being made for over 10 years ago by the Online Pedigree owner. These negative and various factors that are affecting the database Online Pedigree, for the experimented dogman in the breed genetics and those who have been affected directly in them, is well known it for them, and they know very well what we are talking about. Some of these negative factors are for example: Registers of mixed dogs like pure APBT; Registers of Bullies or similars like pure APBT; Fake registers of dogs that do not correspond with the reality; Registers of dogs that no exists to deceive or swindle to the fans; Be made countless of duplicate records for the same dog with dark purposes, etc., etc. These drawbacks in the database FIAPBT Pedigree Online are very low or zero, due to the strict monitoring and control that is constantly performed by dogman amply qualified to preserve the breed purity.

@ GENETIC OF THE LEGEND TO CALLED “MAURICE CARVER” AND TRIBUTE: http://www.villaliberty.org/legend.html

@ WHAT NOBODY HAS WRITED ABOUT THE BEST APBT OF ALL TIMES, TUDOR´S “DIBO”The true history about Tudor´s “Dibo”:   http://translate.google.es/translate?sl=es&tl=en&js=n&prev=_t&hl=es&ie=UTF-8&layout=2&eotf=1&u=http%3A%2F%2Fwww.fiapbt.net%2Fhistoriadibo.html&act=url (This is a literal translation by the Internet translator, sorry)

FIAPBT Pedigree for to learn pure genetic or blood of the American Pit Bull Terrier (APBT or PIT BULL): www.fiapbtpedigree.com/?idm=en