FIAPBT and IADCRO RECOGNITION, granted the medal by the brave merit to “THOR”, a AMERICAN

PIT BULL TERRIER CANINE HERO, WHICH SAFE OF THE FIRE TO ALL A FAMILY WITH CHILDREN INCLUDING 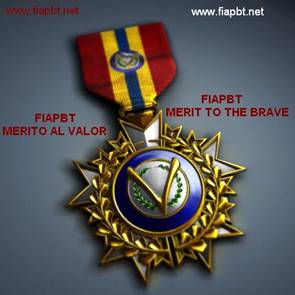 Thor is a American Pit Bull Terrier that saved the life to all a family to die in a fire, the animal even threw of its cradle to drinks to which it dragged outside towards removing it from the danger saving to him the life in Bristol, USA.

The fire began around the three morning of Thursday in a corridor and it extended quickly by all the house.

“It seems that the true hero is the Pit Bull of the family here”, Frank Connolly said, executive attached director of the Red Cross of the .

“Apparently, 'Thor woke up” the family and until it tried to throw of the baby and the cradle of the house. Lately we have learned the importance of the mascots can be a family, and this so is marked as an example that I have never seen. ”

The family says Thor barked and jumped envelope they until he woke up. Then it took hold moisés of the baby he dragged and it until the fore door.

“He is the hero of nowadays. He is the man”, said Hunter Kemper, proprietor of Thor. “we occurred the return to look for the cradle that was in the head of the bed, and is in the door. Everything what we must do is open the door and to leave. Thor like “Let's Roll, dady! It is hour to go, I have to you”.

Nobody in the family was wounded, but its house suffered serious damages. The Red Cross offers short term houses, as well as foods, blankets, clothes and a cradle for the baby.

This doggie called THOR, is criminalized by the BSL and by the Law PPP in , like it does with thousands and thousands of good and noble dogs pertaining to eight wonderful breed dogs along with its responsible proprietors.