This Web site may be deleted at any time for those who are against the FREEDOM, the DEMOCRACY and the TRUTH, like has recently happened. We will try to keep it for as long time as we can. For this reason, we recommend to you that you save the information in your own computers which appears here and would interest it to you before it could be re-deleted, and if you could share it, best for everyone, best for you, for your loved ones and especially best for the JUSTICE, the FREEDOM and The TRUTH.

Pythagoras, Leonardo Da Vinci, Albert Einstein among many other outstanding minds throughout the course of history, them was agree that to EAT ANIMALS would be the RUIN of HUMANITY and the PLANET: http://www.fiapbt.net/pythagoras.html

Eating animals is bad for lots of reasons. It’s not healthy, and it kills billions of animals every year. It also takes food away from hungry people—food that could go to starving humans instead goes to feed animals, who are raised for meat.

But there’s another huge reason why everyone should stop eating animals: Eating meat is ruining the planet! Here are six examples:

It takes more than 2,400 gallons of water to produce just 1 pound of beef. That’s a whole lot of water being wasted!

2. Land is being destroyed.

Countries around the world are bulldozing huge amounts of land, including tropical rainforests and pine forests. They do this to make more room to raise animals for food —or to grow plants to feed those animals.

Climate change is causing big problems for the Earth, and greenhouse gases are a big part of that. More than half of those bad gases come from raising animals for food. Plus, factory farms produce lots of other nasty kinds of pollution like feces (that’s poop—gross!).

4. The world’s water is being poisoned.

Every day, animals on factory farms make billions of pounds of manure (yep, more poop), which ends up in lakes, rivers, and even our drinking water. Um … yuck.

Raising animals for food destroys wild animals’ homes. Farmers often kill wildlife for trying to eat the animals they’re raising for meat. Plus, poop and other pollution from animals on factory farms gets into nature and kills the plants and animals who live there. This pollution is making whole species die off. And once a species is gone, we can’t bring it back.

Each year, people pull millions of tons of fish out of the oceans. For every 1 pound of fish they catch, they also accidentally catch and throw away up to 5 pounds of other sea animals. Can you imagine oceans with no fish in them? Well, that might happen by the year 2048 if people keep eating as many fish as they do now.

But there IS some good news! It’s super-easy to help save the planet (and animals)! All you have to do is stop eating animals. Even better news: It’s easy to find vegan cheese, milk, and ice cream and lots of other animal-free foods at the grocery store. 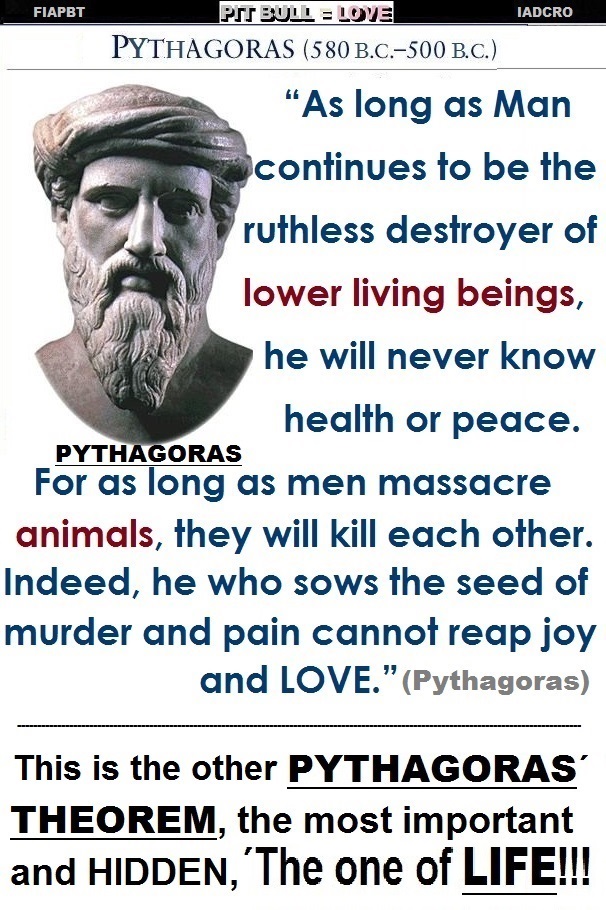 This article is dedicated especially to those who are often asked why mankind can´t live in peace, because it has to be always with altercations and in wars with each other. Now you have the opportunity to know the reason and contribute to solve it especially for you, but also for everyone.

The most privileged and intelligent minds of the whole history of humanity will answer you loudly and clearly to your concerns in that sense, by this way to take CONSCIENCE all us, based on what KNOWLEDGE tells us what is CORRECT and what not, we could avoid this disastrous situation in which mankind has been immersed for many hundreds of years, in order to reconnect us definitively with Peace and Harmony, states in which humanity prevailed at the beginning...

In this clear and important message of the photography that PYTHAGORAS left us, reveals to us one of the true and great THEOREMAS that has been dragging and suffering the humanity from immemorial times until the present times, as many of you already know it. This other PITAGORAS´ THEOREM, is the most important, ´The LIFE´ THEOREM!!!

It seems that some powerful specimens that move the threads of the most important events that have occurred and continue to occur on the planet, were not fascinated with the idea of revealing to the mankind this great PYTHAGORAS THEOREM that would so much help us to solve it less to them, and for that reason they have been hiding it until very recently time, because the TRUTH sooner or later, in one way or another, ´ALWAYS PREVAILS!!! 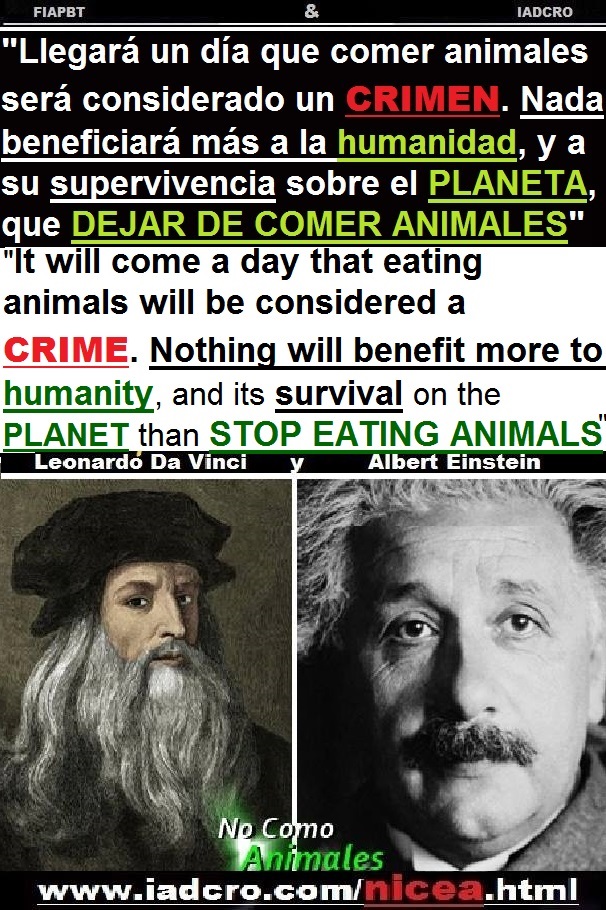 Humans we are herbivores by nature and when we to eat the flesh of living beings who have its own SOUL, which were also cruelly MURDERED, mistreated, in many cases even viciously tortured to satiate the evil of many murderers and also by the stupidity of the believing that its flesh will be more tender because it suffered enough till died, causes those who eat the meat or derivations from it, be impregnate with the very negative vibrations emitted by the animal until he was fortunate enough to die so as not to suffer more. Then, those people who ingest meat or derivatives, will get sick more often than those who do not take them. The vibrations of the lives of those who eat meat are not going to get high, since the very negative vibrations emitted by the meat of the animal will fix in similar vibrations to all those who consume their corpse or derived from it, including clothing, cosmetics, footwear, etc.

PYTHAGORAS in the same way of JESUS CHRIST, BUDDHA, MOHAMMED, CONFUCIUS, KRISHNA, DIONISIO, ELIAS, ABRAHAM or BRAHMA, ZARATHUSTRA, THALES of MILETO, LAO TSE, ENOC, THOT, HERMES TRISMEGISTO, APOLLONIUS OF TYANA, PARACELSUS, SAINT GERMAIN, etc, each one of them in their respective epochs and in their own way and style, revealed “The Secret” of the LAW OF ATTRACTION in his days, which governing THE 7 UNIVERSALS LAWS, because the true God (Pure LOVE essence and good intentions towards the neighbor) is the same in all places but with different names: http://youtu.be/15qwOiwCe-0 (JESUS CHRIST) - http://youtu.be/iigd19M0tcI (BUDDHA) 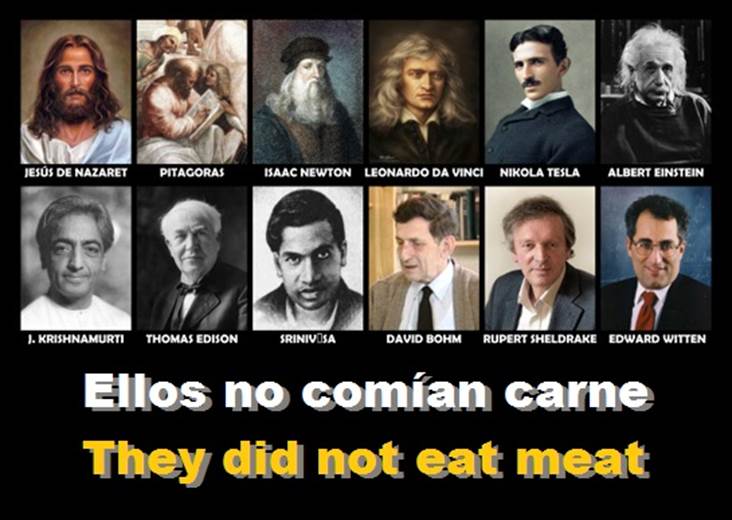 Below of the article, you can find the PITAGORAS´ BIBLIOGRAPHY, Photographs and much more information about this great teacher.

Animal lover???? Me YES and for this and many other reasons, I DO NOT EAT THEM!!! I do not eat to my friends!!!

For its HARDNESS and CRUELTY, We DO NOT recommend you to watch the next 2 VIDEOS where is made THE MEAT THAT YOU EAT DAILY!!! If you are a sensitive person, PLEASE DO NOT SEE IT!!!

INVITATION TO TAKE CONSCIENCE FOR THE NEIGHBOR of 2 and 4 legs.

It should be said or asked loudly and clearly, that those who consider themselves ANIMAL LOVERS, why they are eaten if there are many, different and better alternatives for the body to take the proteins that are needed and that do not come from the animals? ViDEO in YouTube: https://youtu.be/Yfcd0YegI8Q

If you want to stop eating animals and derivatives, you can contact with the friends of "NO COMO ANIMALES" and if you wish, they can send you some tips and information that perhaps help you: https://www.facebook.com/No-como-animales-1500748463518570

- This Buddhist Monk leaves us a short but a very IMPORTANT message within this Video. He can say it higher but not clearer !!! Now the one who has eyes to see, see it and who has ears to hear, hear it ... There are no excuses with the UNJUSTIFIED. You decide!!! VIDEO: https://www.facebook.com/FIAPBT/videos/10155649272231133

Eat meat is the same as eat animals. It is a huge CONTRADICTION in those who call themselves ANIMAL LOVERS and then eat meat, which goes to show that some of those who believe and claim to be ANIMAL LOVERS and later eat them, are actually animals lovers but only of mouthpiece, only to be well with the people of the gallery, since to be truly ANIMALS LOVERS, `THEM WOULD NOT EAT THEM!!!

`To be or not to be, that is the question!!! `THE THINGS CLEAR please!!! http://www.iadcro.com/prevencionebola.html

“In the way that you treat to the animals, later or earlier will be the way of how you will treat your neighbor. The animals also are the neighbor and as sentient & feelings beings, helpless and dependent on the care of the human being at 100%, are needed your understanding, compassion, help and protection. Your soul, your conscience and them will thank you. The universe will reward you according to your decision. `You decide!” (m.p) http://www.fiapbt.net/30yearswithfiapbt.htm 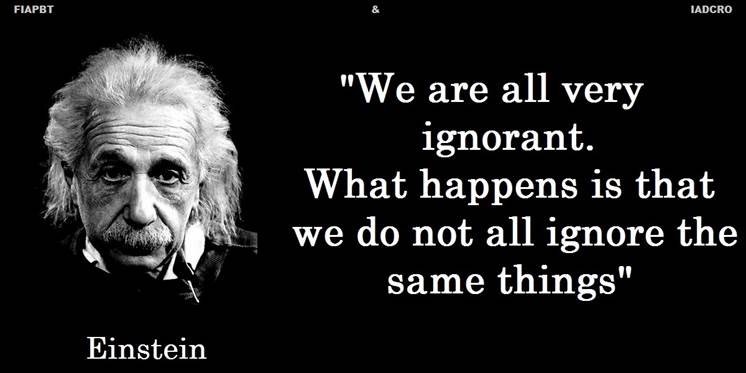 Manna Mana tells us the following:

To supplement this information, I think it should also be said that on April 16, 1955, Albert Einstein experienced an internal hemorrhage caused by the rupture of an abdominal aortic aneurysm, which had previously been surgically reinforced by Dr. Rudolph Nissen in 1948 and this had nothing to do with being vegan, on the contrary, being vegan favored to contain and reduce this pathology but Einstein already dragged it for years.

Einstein rejected the surgery, saying: «I want to leave when I want. It is bad taste to prolong life artificially. I've done my part, it's time to go. I will do it with elegance». He died at Princeton Hospital early on April 18, 1955 at the age of seventy-six.

Einstein became vegan a year earlier to reconcile himself with forgiveness and to feel better about himself for having spent his whole life eating meat, he knew better than anyone what it meant to oneself, to others and to Mother Earth, which in reallity meanning eating meat.

In honor of the truth I have found it just and honest to place this paragraph.

Greetings and thank you. 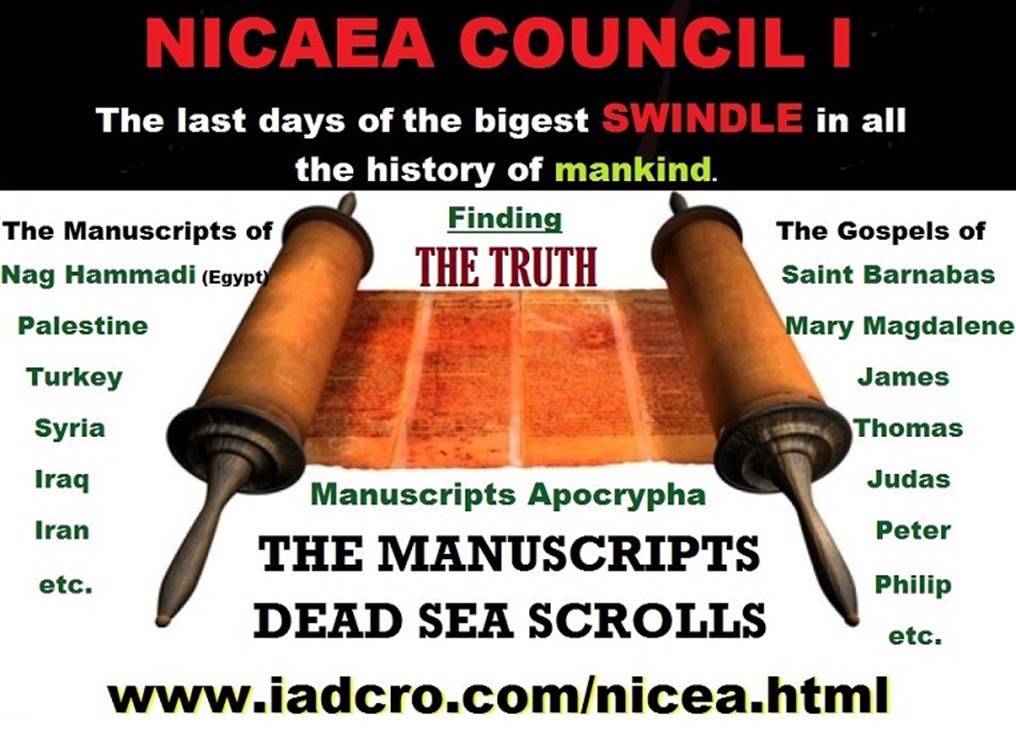 https://www.facebook.com/groups/losbeneficiosdelaguademar (This group is in Spanish but I think that you can ask also in english) 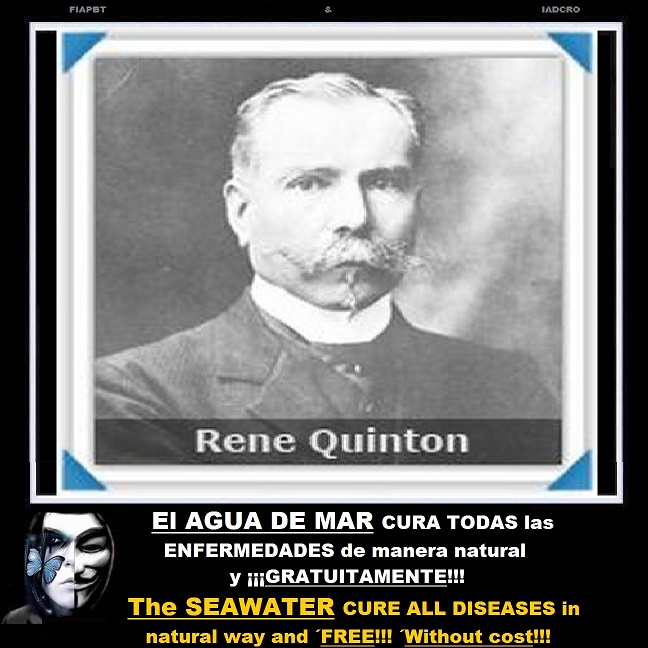 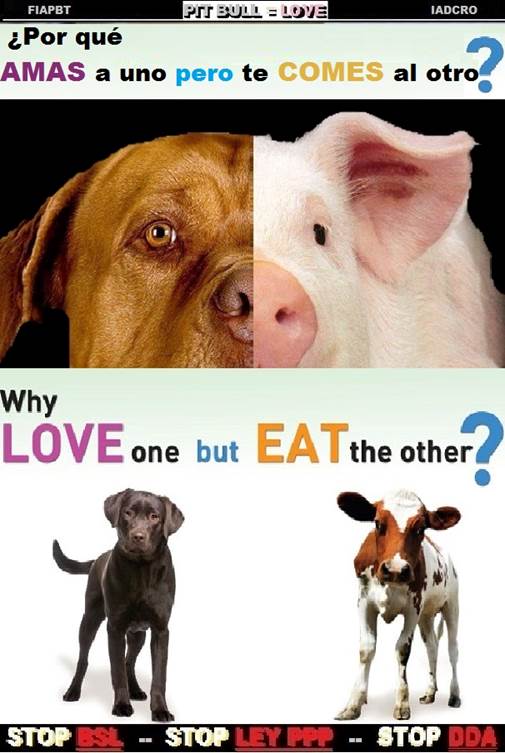 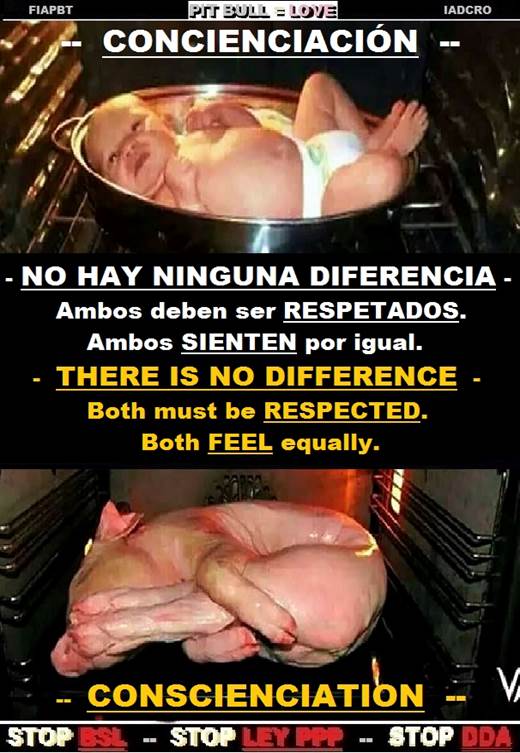 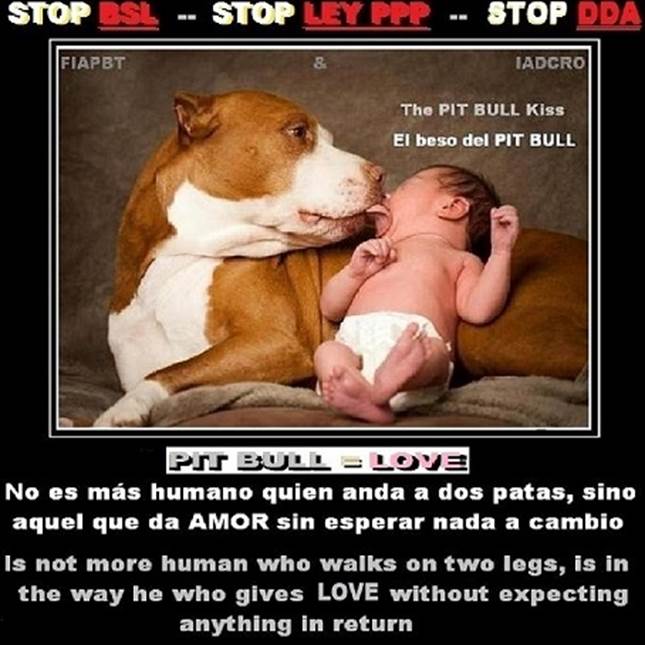 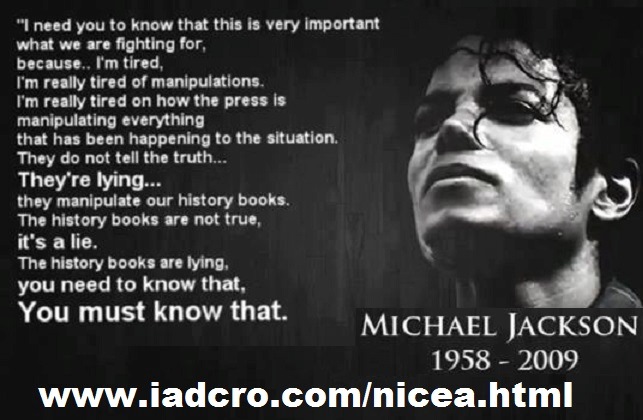 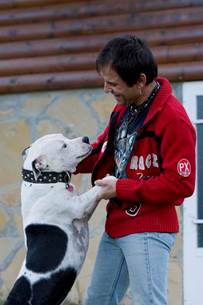 We are against HUMAN and ANIMAL ABUSE!!! STOP CRIMINALISATIONS and DISCRIMINATIONS RIGHT NOW!!! 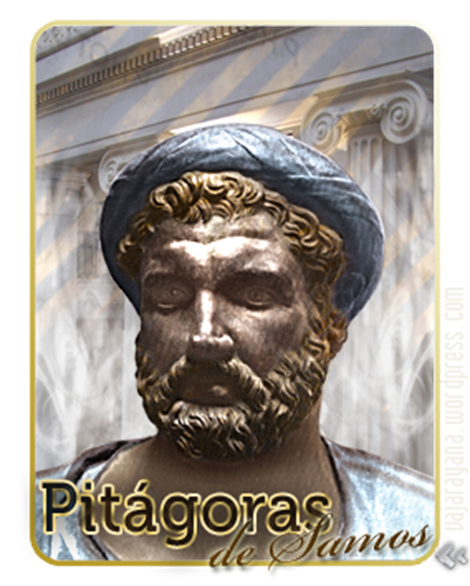 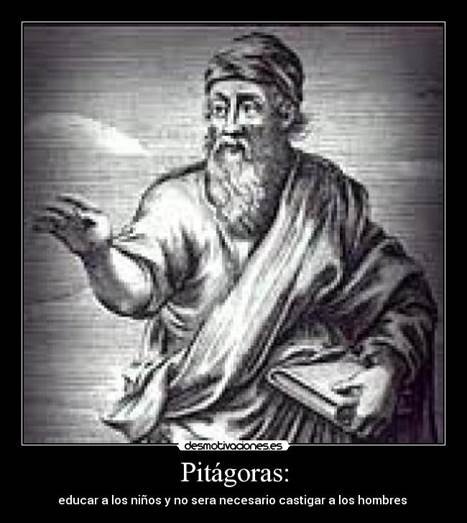 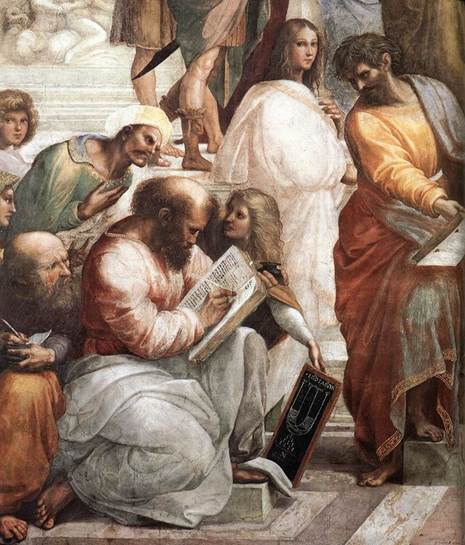 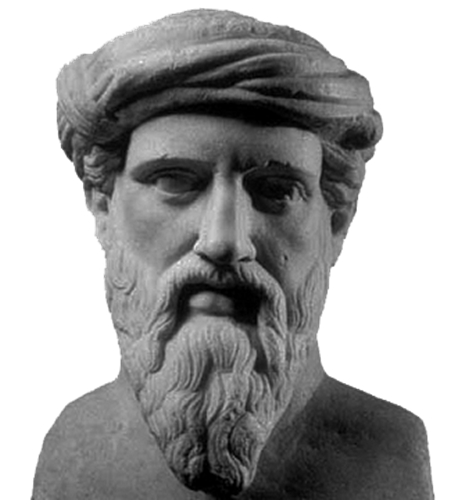 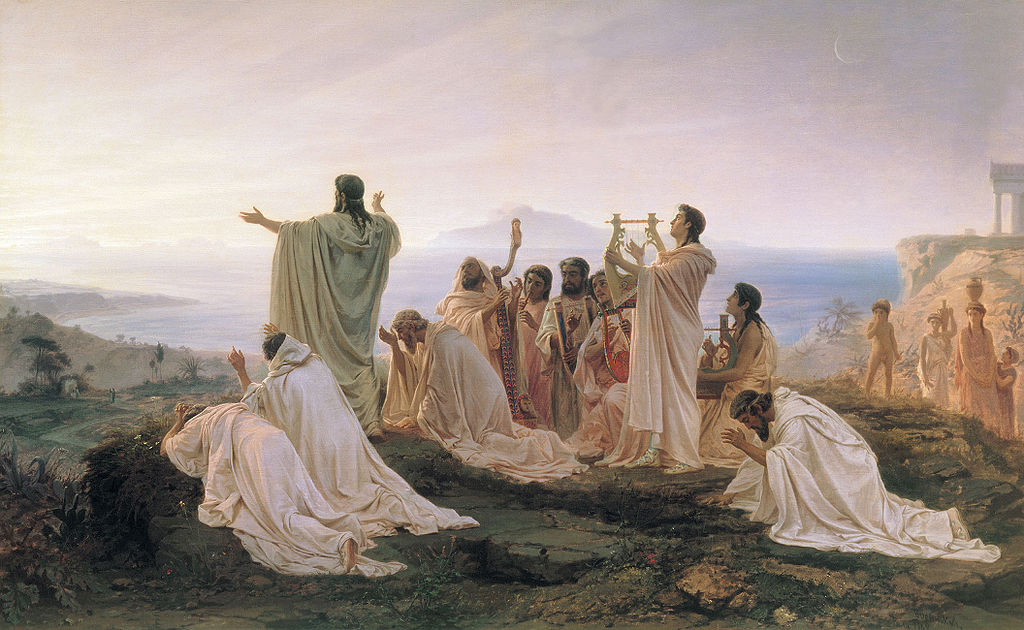 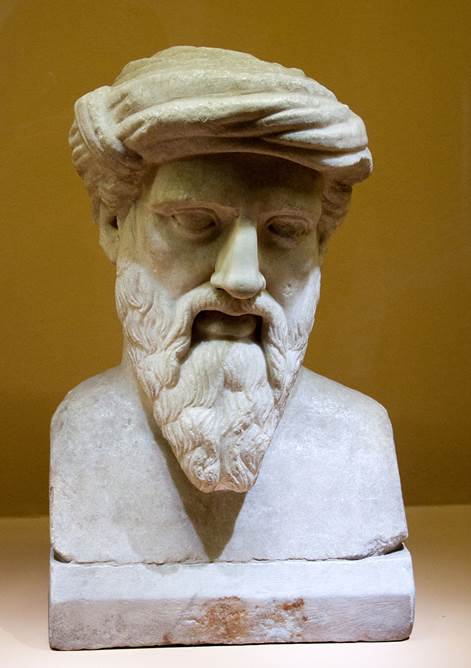 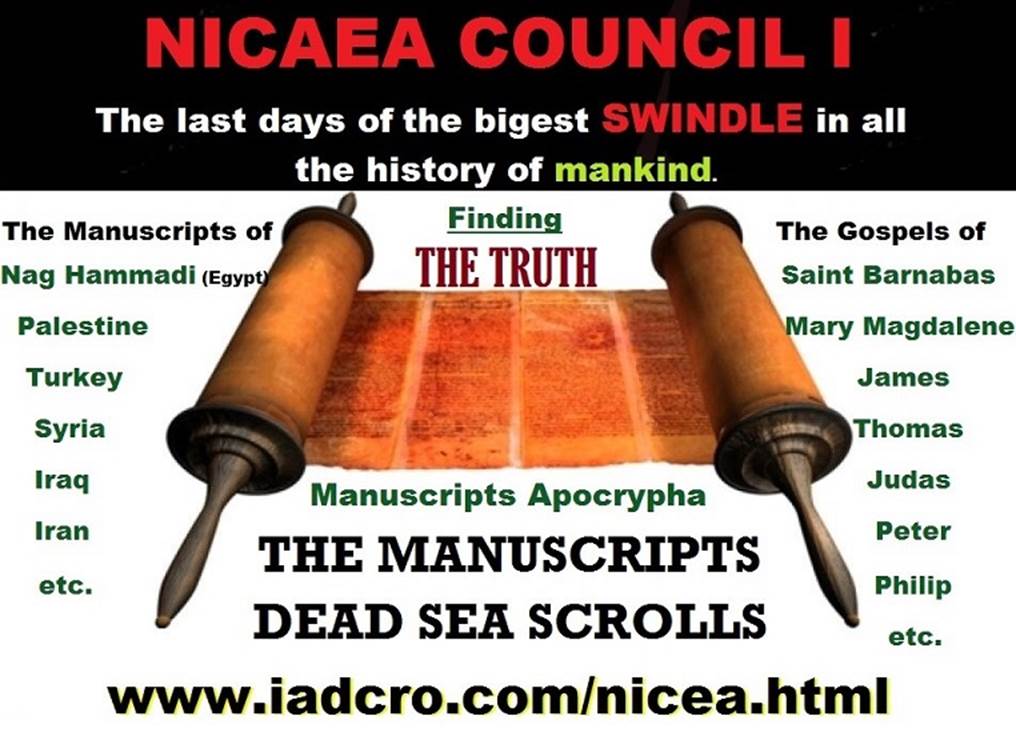