THE TRUTH OF THE SPANISH ALAUNT

Although there are some enthusiastic of Spanish Alaunt in the times of nowadays, that affirm that this breed is not extinguished and affirm that dogs of this breed are reproducing on the basis of the supposed “Alaunt recovery” that they mention, from the International Federation we affirmed that true and pure breed Spanish Alaunt, is extinct for more than 90 years.

By the part that touches to us of this breed, the Spanish Alaunt, to say that like direct parent of our American Pit Bull Terrier, Mariano Peinado in his investigations realised for the origins of the American Pit Bull Terrier in the decade of the 80, found news articles in some encyclopedia and old magazines that on the matter said the following thing about the Spanish Alaunt;

“The President of the French Dogo Bordeaux Club Mr. Delanda, declared in an article published in the French canine magazine “L´ Eleveur” in 1925, that after having been realising an intensive search of the Spanish Alaunt by the Spanish and Portuguese provinces, after consulting to the highest canine authorities of Spain and Portugal, like to the most serious and representative fans of this breed dog in both countries, always they secured the same answer; Of the Spanish Alaunt we haven´t news for several years, is extinct”. 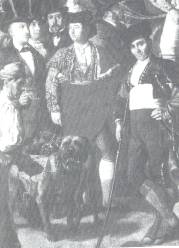 Spanish Alaunt in the middle of the century XIX, moments before a bullfight in . Painting of Manuel Castellano in 1853.

Reasons for which the Alaunt was extinguished.

In 1880, with the prohibition of the luck of “dogs to the bull”, in the spanish bullrings stopped maintaining the dogs that destined to that aim. In addition, changes in modality of hunting, leaving to practice “hunting in round”, that took step monterías that today they are realised, in which it does not interest that the head of cattle fall taken hold by the dogs, but arrive at the positions where the hunter is bet, caused that rehalas undid of the Alaunts that they had. 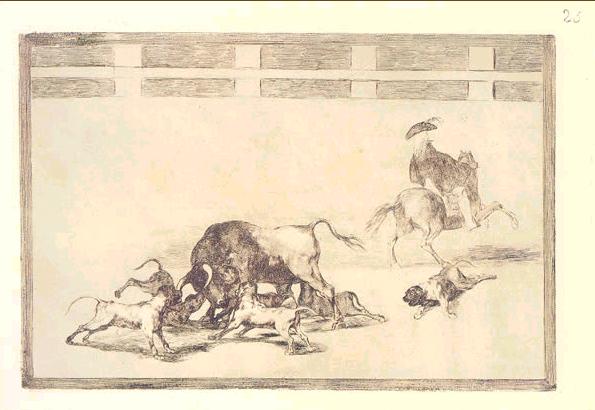 In addition, the entrance in disuse of the extensive cattle ranch in many zones of Spanish geography and the selection of more docile breeds of cattle, as well as the modernization of the work in the cattle ranches and slaughter houses with sleeves and shunting lines, did that the work of Alaunt the no longer outside so useful one. Formerly, the dogs stayed by the work that realised, and at the moment at which “it stopped having work”, the Alaunt backed down in number at a vertiginous speed until arriving at the extinction.

Collaborators of the recovery of the Spanish Alaunt of the Community of Madrid (CAM), talked  themselves with Mariano Peinado in 1994 and where themselves recognized the extinction of the Spanish Alaunt, and they proposed to him the use of some of his American Pit Bull Terrier stud dogs, to develop the Alaunt recovery. Mariano refused completely, considering, that if the Spanish Alaunt is extinct is no possible to recover it, and less even, using in the “Alaunt” selection breeding, other breed dogs, although these descend from the Alaunt.

Mariano proposed to help to the CAM in the “Alaunt” recovery, as long as and in honor to the truth, they made a differentiation in the name of the dogs that would leave in the attempt of this “recovery”, like for example calling it “Alaunt 2”. This way confusions and controversies between the fans would be avoided, with the original Alaunt either extinct and “Alaunt 2” recovered through the cross planned by dogs of descending breeds of the original Alaunt.

The CAM nonacceptance, since the CAM wanted to make pass the result of that amount of racially mixed dogs like pure Alaunts, as unfortunately for the truth finally it did, since they wished

to do his project ahead at all costs, since the Alaunt was a Spanish native breed and this is the reason that why doing that.

Notes of interest in some books referring to the Spanish Alaunt

The existence of Alaunts in dates from several centuries ago and is not very clearly what was its origin, also is lost at night of the times.

Diverse theories exist about their origin. One of them aims at a possible Iberian origin, defending its introduction in the with the invasion of the Barbarians in century IV. By year 1350 already publishes king Alfonso XI his “Book of the Montería" , and in century XV " Treaty of the Montería" , of unknown author, in who a deep somatic description of the Alaunt is realised. When it was spoken of Alaunt all knew that it was a running prey that stops to justify its name had to reunite certain characteristics: they would be flat and with strong head, of lines proportions, high grupa and good bone. 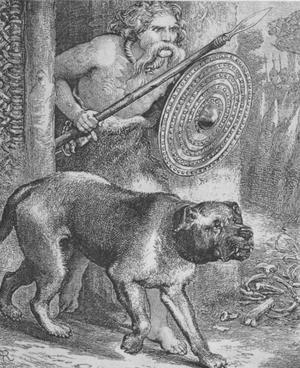 Also its character was clear defined around its function of dog of takes hold; " not taking by hunger nor by prize, but by right nature that God gave him”; (disposition to realise prey).

The first event in the line of bull-baiting historically accepted, goes back to the 1209. Historian of Stamford, explains that a good day the Lord of the city taking a walk by the walls of his castle to enjoy the primaveral sun, had the occasion to see in a meadow two bulls fighting by the same female, until the dogs of a local butcher sent themselves against one of the bulls and they gave death him, after a ferocious fight. The vision of such spectacle liked so much to Lord that gave to the union of butchers the meadow where the fight had taken place, with the condition of which every year the spectacle was repeated.

This type of spectacle enjoyed a remarkable diffusion and success in all , throughout six centuries between the years 1200 and the 1800, the fights between animal at least comprised of the habitual diversions of all the social classes, from the dominant classes to the lowest layers of the population.

Between years 1387-1388, in the ¨Hunting Book¨, Gastón Fébus speaks about dogs ¨Alaunts able to cross other bloods, to which it cuts the ears to them to the evenness to avoid to them wounded in the fight”.

Than doubt does not fit is that these dogs were very extended, like proves its appearance in works of the great painters, authentic writers of the reality of the time. Thus, for example, the dogs are Alaunts that Velazquez in the hunting of the hole shapes, that is in the National Gallery of London; those that Goya in his capture of a bull reflects; or those that appear in an engraving of the romantic Blanchard French, or in works of Cervantes and Lope de Vega.

English, Germans and French people, astonished by the aspect and the functions at the Spanish Alaunt, also called " Bulldog" and " Preydog" , they concerned to his countries, as they demonstrate writings to it of the time, being outlined therefore the Bulldog types (dog for the bull), Bullenbeiszer (takes hold bulls) and Bulldog of Bordeaux, respectively. Breeds dogs that would make be born others, in the British Islands (old Base of mastif and bullmastif), in Germany (old Base of the Bóxer and German Dogo), in France (Base of the old Bulldogs of Bordeaux), in Italy (known Base of Napolitan Mastiff and Cane Corso), etc. all these present nations and their breed dogs come as well from the same common, coincident trunk with the Spanish Alaunt.

In they called to the Alaunts, You fall of Row, synonymous of dog to catch, to take hold or to hold.

In America the denominations of Prey dogs or Dogs for the bull in Mexico, Brave dog in Colombia, Bulldog of Cuba in the Caribbean, Cordovan Dog of Fight and Argentine Bulldog in Argentina or Fila Brasileiro in Brazil, are not more than the symbols of different original varieties all from the Spanish Alaunt who took initially in the American colonization.

The Spanish Alaunts that the conquerors took to .

In the stories of the writers of the time, it was spoken of the Alaunts that the Spanish explorers took to cross the virgin forests or to watch the campings. There was some of these stories, in which they narrated infinity of anecdotes with respect to intelligence, bravery and fidelity that owned the Alaunts.

The within the (La española, present ), was developed the first battle in front of the Caribbean Indians commanded by the Caonabo cacique. The brother of Cristóbal, Bartolomé Colón, employed 200 men, 20 horses and 20 Alaunts like Spanish forces. It was the “debut” of the Alaunts in the American Conquest. 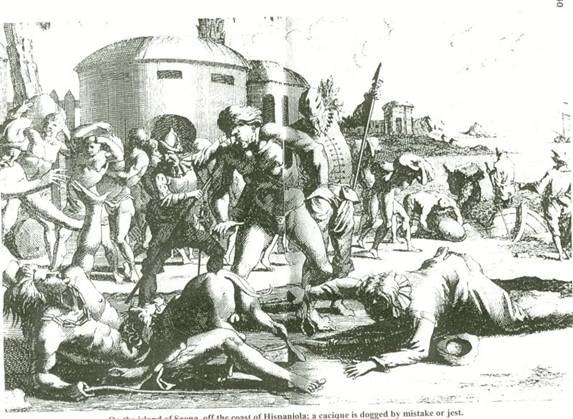 Some Alaunts deserved by their services that assigned one pays to them. Fernandez de Oviedo speaks to us of a Alaunt called “Becerrillo", which always accompanied to the conqueror Diego de Salazar. One said that ten soldiers with “Becerrillo", were made fear more than one hundred soldiers without the dog. For that reason it had its part in booties, and received one pays like the one soldier.

It had several scars of slings, like a veteran, but its deserved good fame of gained brave it without being bloodthirsty nor to show no mercy with the won one, a dog just. The end of  “Becerrillo" was like of its son " Leoncillo" , to die crossed to slings in fight with the Indians.

" Leoncillo" it was the dog of Núñez de Balboa, and therefore it was the first European dog that saw the . The writer Lopez de Gomara says who “Leoncillo” won more money than a rifleman. Watchman for the ambushes, able to make in front of a jaguar, inestimable to prevent marshy lands, fierce and docile according to dictated his own criterion to it.

The Alaunt called “Amadís”, towards the 1570 accompanied to the spanish colonists in its campaigns against the Chimilas indians. The life of “Amadís” was not long, died to Indians arrow.

Thanks to the Alaunts that the Spanish colonists took, they could discover footpaths without knowing the land. In the fight with the natives, the Alaunts caused to as much astonishment and terror between the Indians like the firearms.

In the book “the True History of Conquest of the New Spain” of Mr. Bernal Diaz of the Castle, we can observe in the first chapters as mentions on the expeditions of Mr. Francisco Hernandez de Cordoba, who when they arrived at the coasts than at the moment it is Champoton, Logwood, the Indians of this zone fought strong to them and in this expedition he bring with himself several Alaunts males and females, and for to save his lives they fled of that place quickly, leaving in that place the Alaunts that they had for the offensive. 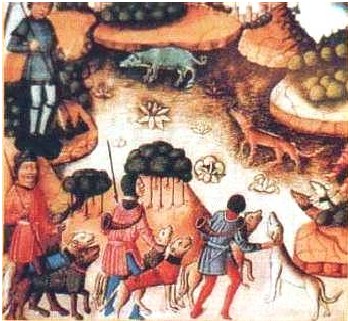 After all this wine the second expedition by Captain Juan de Grijalva, and says the author of the book (that this only does like commentary), that when they arrived with the fleets at the coast from champoton, entered an expedition inland to explore the land. The explorers (including the author of the book), found the Alaunts and with them to its descendants, the author said that these were smaller but more fierce that the originals Alaunts. The author in another commentary says that those descendants of the Alaunts who had left years back, they were crossed witn dogs of this place and the result they were those dogs. The author of this book, was a soldier who survived the three expeditions. 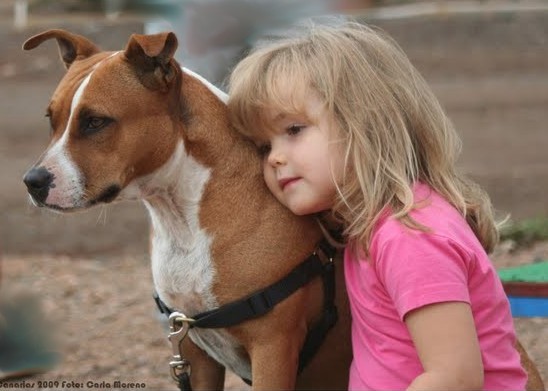 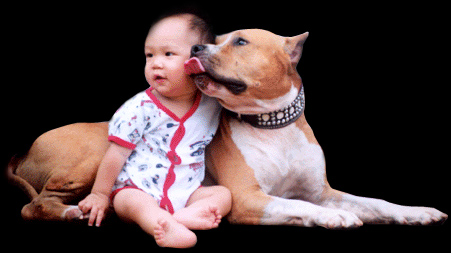 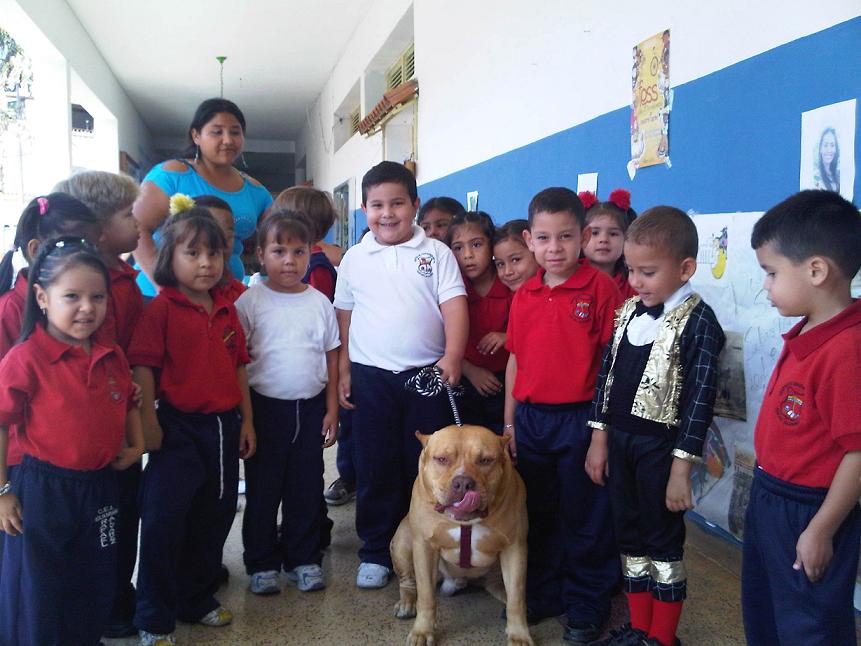