❤ The GENETICISTS Scientists speak ❤ Unmasking the SCAMMERS that degenerate the breed dogs ❤ (By Mariano Peinado. 28, june, 2021) 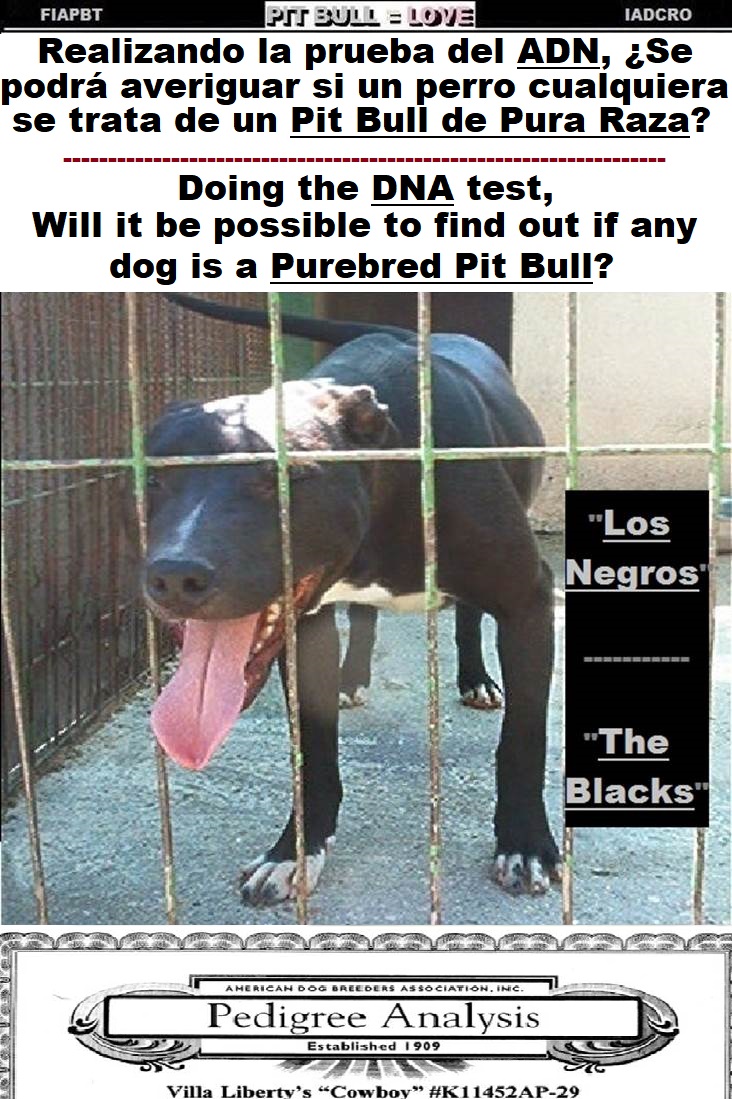 From the International American Pit Bull Terrier Federation (FIAPBT), we launched a QUESTION to the fan to know their level of knowledge about the breed, which is the following: https://www.facebook.com/FIAPBT/photos/a.451449941132/10159813144431133

Some fans say, that doing a DNA test, it will be possible to find out if any dog is a purebred American Pit Bull Terrier (APBT or Pit Bull) or not. What is true in this question? 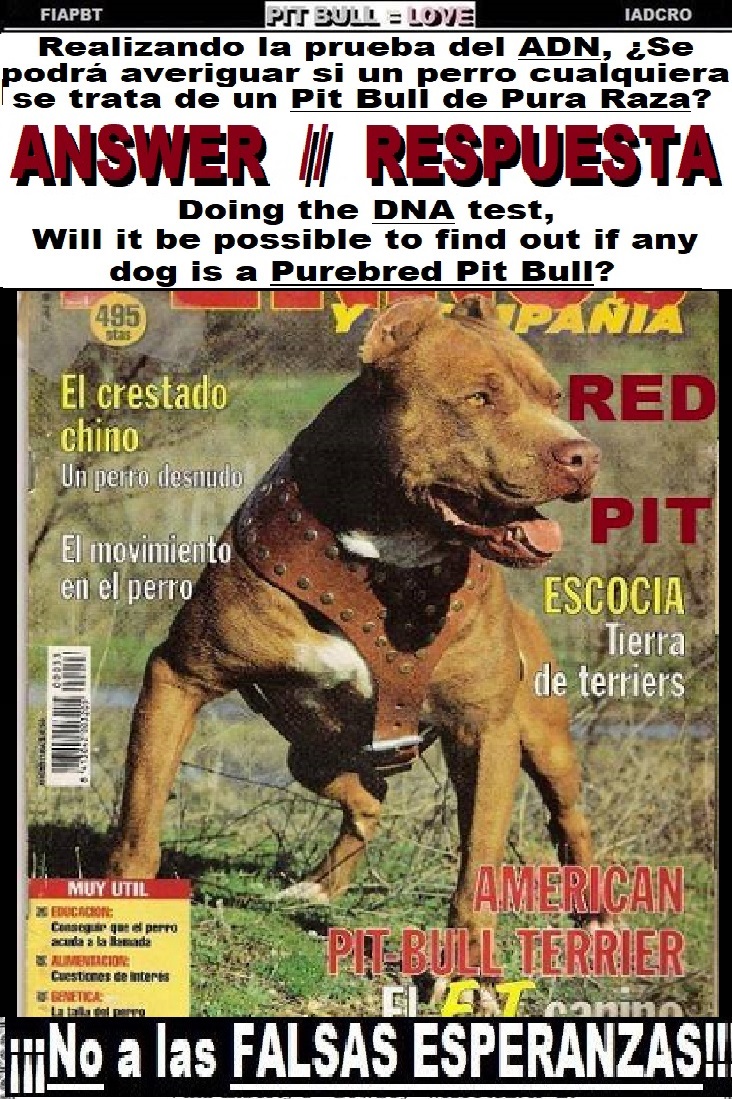 The ANSWER is NO, this question posed is NOT true. Breed purity CANNOT be determined by DNA testing.

As we knew that this issue would bring controversy, especially coming from scammers and their collaborators, who infiltrate social networks posing as neutral fans when in reality they are not and thus, have more possibilities to try to consolidate in a subtle way their SCAM, we have asked the opinion about this matter from the truly connoisseurs, wise men and experts on this subject, and I am referring to the opinion of the GENETIST scientists.

To all the GENETISTS we have consulted, we have asked the same question, which has been the following;

"There are some people who claim that by performing DNA tests on any animal of the canine species, whose origins are unknown, IT COULD BE FIND OUT if it is a purebred dog or not."

All the GENETISTS to whom we have formulated the query, which have been quite a few, have responded to us in a similar way and under the SAME COMMON DENOMINATOR, being the following:

“NO, you cannot find out the purity of a breed dog by means of a DNA test. A DNA test, GIVES NO ANSWER to know whether or not it is a purebred animal. "

Next and with all our good intention, from IADCRO and the FIAPBT we attach to the fans in this place, one of the most RELEVANT ANSWERS, if not the most, about this matter to which we are referring, in this way, to make the concept of this matter well clear and publicly, to try to ensure that scammers can no longer continue to confuse and deceive so lightly to fans who start with dogs, or newbies who to in turn, they are already great fans of the various breed dogs and for that reason they easily fall for the scam.

The most RELEVANT and clarifying ANSWER in this matter to which we are referring is the ANSWER of the CATHEDRATIC and DOCTOR in Animal GENETICS Mr. Javier Cañon, which is considered by experts and the best geneticists, not only from Spain but from all over the world, as one of the greatest EMINENCES in the international scope of ANIMAL GENETICS. In addition, Mr. Cañón himself has his own DNA bank of various breeds of the canine species at the Complutense University of Madrid (UCM), which makes his RESPONSE in this matter that we have consulted him even more enriching.

The ANSWER to our query by the CATHEDRATIC and DOCTOR in Animal GENETICS, Mr. Javier Cañon, is the following;

"Currently, the type of analysis we carry out does not give an answer as to whether or not it is a purebred animal." (Sic)

What actually determines the purity of the breed to 100% of any dog that claims to be purebred, is not the DNA test, no, it is determined by the good and honest REPUTATION that the breeder of the animal may have, complementing it together with the Official pedigree of the American Dog Breeders Association (ADBA) of the animal in question, since the ADBA is the Mother Canine of the American Pit Bull Terrier on an international scope. The same thing also happens with the Official pedigree of the Mother Canine of any other breed dog of the more than 600 existing breed dogs. What happens is that the opposite of what has been exposed has been disseminated by diverse interests, in this way to favor lies, deception and fraud or scam in a subtle way, to get benefit through the lie of the bastard interests of some unscrupulous scammers, neither + nor -

"Spreading the truth makes you enemies, but it feeds the Soul and your own CONSCIOUSNESS." (m.p.)